The Evil of Good Intentions 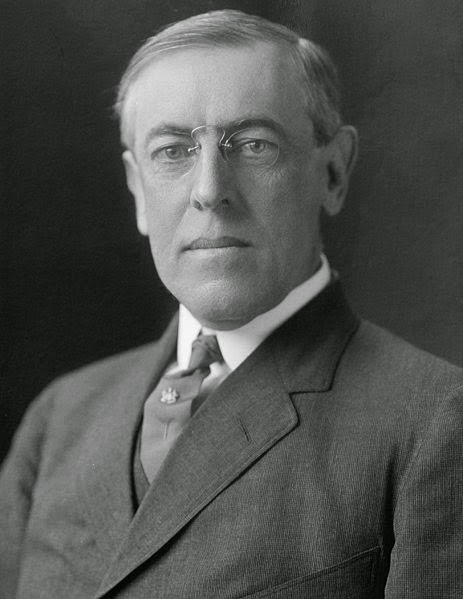 The British, French, Belgian, and Dutch regimes (in 1917) had all proven themselves to be ruthless imperialists and governments that didn't even give a flying frig about their own soldiers' lives. How any U.S. President could have been so moronic (this, after having already screwed up so stupendously in Mexico TWICE; the U.S.S. Dolphin fiasco and the campaign to hunt down Pancho Villa) as to a) conscript young Americans and throw them into the middle of that grinder and b) actually help these colonial madmen to not only maintain these empires but to expand them is utterly mind-blowing to me. Never will I understand this one, folks.
Posted by Will "take no prisoners" Hart at 4:00 PM

Foreign entanglements. Now where is I read something about avoiding them? I'd ask someone on the right today but most wouldn't have a clue.

I hate to say it, Russ, but that prediction ranks right up there with my Geno Smith winning the Heisman prediction. And here's the final tally on Mariota; 3,783 yards and 38 TDs passing, 669 yards and 14 TDs rushing. I think that he's got it.

I believe that you're referring to Uncle George and Uncle Ike, Les.

I still don't think Oregon is all that good...too many dumb penalties.

If I had a vote I'm going with Amari Cooper.