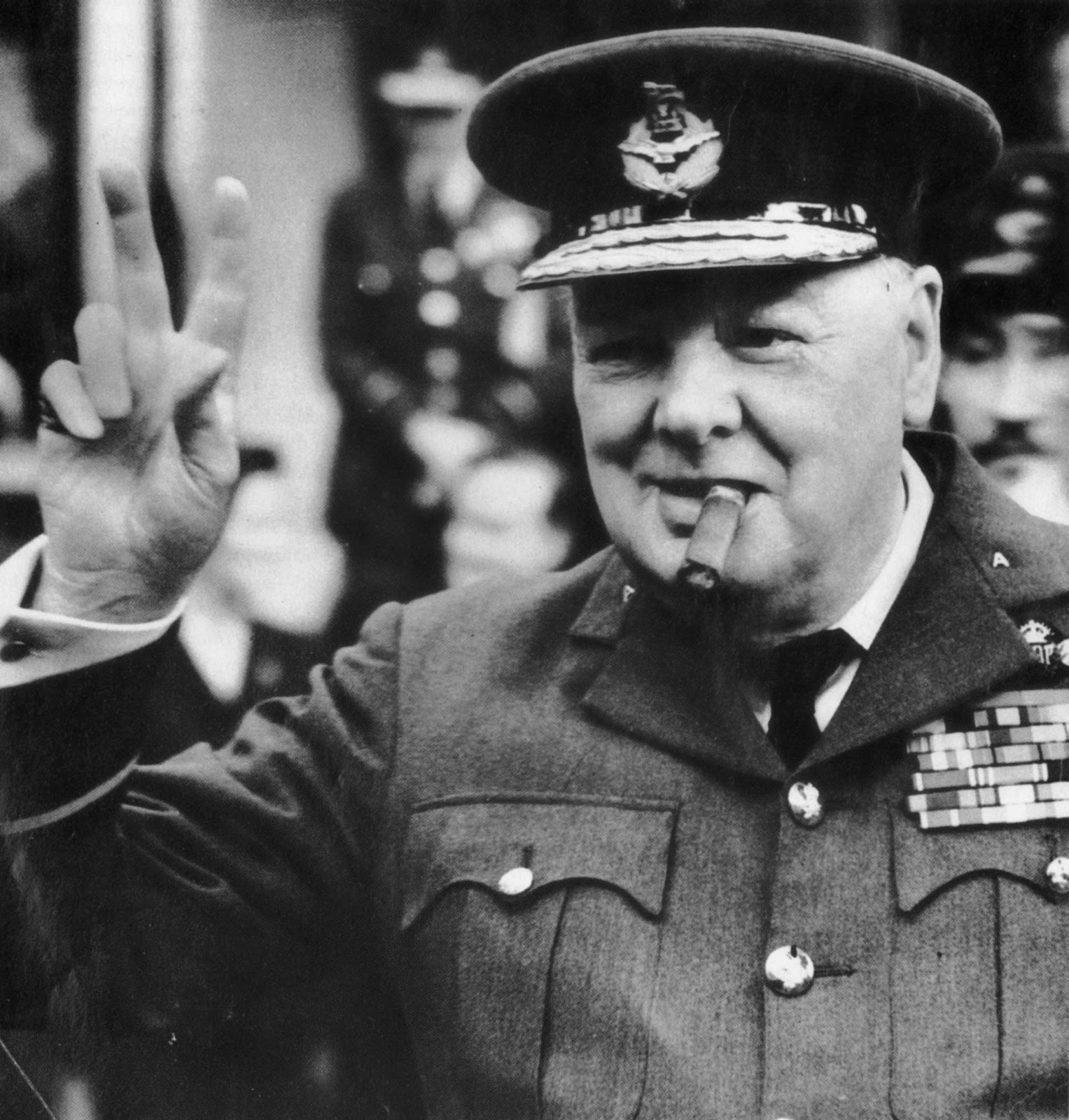 He had to lie. a) Britain had just bankrupted itself while losing its entire empire and b) the stated purpose of the war, the liberation of Poland, had crashed and burned like nothing else in human history in that, not only did Poland become a slave state of the Soviet Union, so, too, did Hungary, Romania, Bulgaria, Yugoslavia, Estonia, Latvia, and Lithuania. The fellow literally had to say that a) Hitler was the devil-incarnate and b) this same Hitler was an existential threat to the whole British empire BECAUSE, if the dude had told the truth (that Hitler had never once stated that he wanted to destroy the British empire and actually admired England, that Hitler had made numerous peace overtures to both Poland AND England; even consenting to withdraw from those parts of Poland and Czechoslovakia that weren't historically German and German speaking, and that it was England which started the bombing of civilians, not Germany), everyone would have concluded, rightfully, that 60 million people needlessly died from his drunken stupidity. And we couldn't have had that, now could we?
Posted by Will "take no prisoners" Hart at 9:48 PM

Hitler wanted to make nice with the Brits and it was Churchill so bombed his own people? WHAT?
Are you kidding? I have never heard this.... please talk more on this.

Let me start off by saying that, yes, Hitler was a bad man. But he was bad in the same way that Franco, Mussolini, Milosevic, Pinochet, and Daubuisson were bad; a fascist but not a world conqueror a la Stalin who in my mind was the real enemy. As for the area bombing, yes, Churchill had been bombing civilians in Berlin for close to 2 weeks and Hitler finally responded with the Blitz.

Will: Again, Pinochet does not belong on that list. He killed a few thousand. A horrid tragedy, but a small fraction of what the other killed.

And a small fraction of what the Soviet colonial dictator, Allende, promised for Chile as he fought to implement Soviet-style socialism, which always came with killings of hundreds of thousands, in that country.

Not a world conqueror? Lessee here: France, Denmark, Poland,
Greece, Czechoslovakia, half of
Russia, Belgium, Netherlands, the
Baltic states, N. Italy, Libya,
Tunesia, Norway, Ukraine and Yugoslavia..methinks you go light
on der Fuhrer. One of the few times I agree with Mrs. Z.

And the facts pertaining to the bombings are crystal clear (and Z obviously misunderstood me in that Churchill didn't bomb his own people but Berlin). Churchill started bombing civilian areas in Berlin during the 3rd week in August (1940) and the Blitz didn't start until September 7th (this, after Hitler had made numerous pleas - which eventually turned to warnings - to stop). A lot of people have hypothesized that Churchill wanted Hitler to start bombing London 'cause he though that that would help draw the Americans in. I can't say that I'm sold on the theory but with this psychotic alcoholic madman I suppose that anything's possible.

And I ask you to look at a map of the world from 1939. I think that you'll find that a great deal of it was under the rule of Britain and France and that very little of it was under German rule. Heal thyself first, Mr. Churchill.

Come on, BB, you know that those situations happened AFTER the war started (a war that was declared by Great Britain and France) and that he was willing to withdraw from all of it (save for Russia - yes, he wanted a free hand in the East - he, unlike Churchill and FDR recognized the pure evil of communism) except for those lands which were historically German and which had ethnic Germans being persecuted in them.