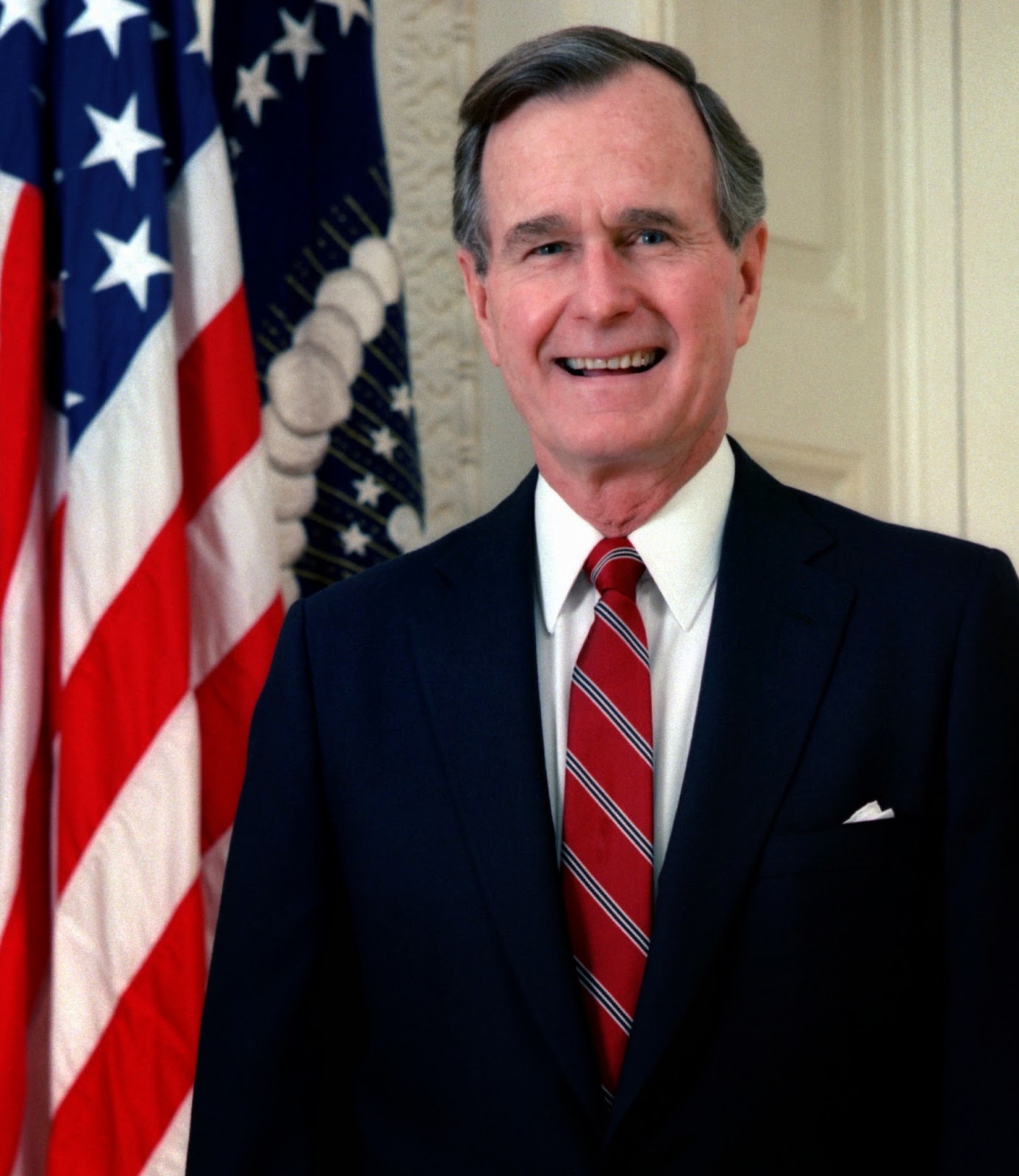 Bush got a lot of credit for the way that he executed the first Gulf War and with reason; assembling an international coalition, utilizing an overwhelming force, refusing to get bogged down by chasing Saddam into Baghdad, etc.. But his performance prior to and afterwards left much to be desired; the fact that his diplomatic team all but waved Saddam into Kuwait and the fact that he egged the Shiites into trying to overthrow the Baathist government and then did literally NOTHING to assist them (an action that obviously had major consequences down the road in terms of establishing trust). I mean, I know that this is still a better record than Bush 2 but in an attempt to grade the senior's overall foreign policy record I might have to demote him to a C.
Posted by Will "take no prisoners" Hart at 4:49 PM

The sad thing, Russ, is that Jeb is probably the best of the lot but because of Bush fatigue he might ultimately have a tough road to hoe.......Overall, I like him.

Jeb is the smartest of the lot.He did a great job as governor of Florida and it will be difficult for the leftwing chopping squad to cut him up. The Cuban population in Florida loved him,he speaks really fluent Spanish and his wife is Hispanic.

One worry would be....does he have it in him to take punches at Hillary.

Seems like a nice fellow and almost too decent for politics (so, maybe, no, to your question).

If you are still searching for a moderate....this is your guy.

Since the election I've seen some positive things from the Republicans. They have turned their backs on those two idiots Cruz and Lee and have stripped power from McCain and Graham.

I'm trying to imagine Shaw and wd taking to task 4 Democrats like you just did to 4 Republicans and I can't.