On Former Montana Governor, Brian Schweitzer, And His Possible Run for the Presidency 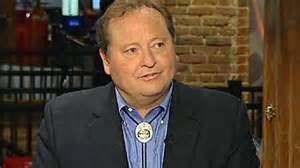 I like this guy (a centrist blue-dog Democrat) and, while I don't necessarily agree with him 100% (he, for example, prefers single-payer, I do not), there is also a strong possibility that I will in fact endorse him, at least for the nomination....I mean, just the mere fact that he refers to himself as the anti-Obama is sufficient enough reason for me.
Posted by Will "take no prisoners" Hart at 3:36 PM

Single payer is kind of a big deal to overlook there, Will. It's not like some sort of distracting social issue. Really huge.

I'm gambling on the possibility that he isn't wedded to the idea (I'd probably hand him a copy of David Goldhill's amazing book, "Catastrophic Care" and try and talk him out of it) and, please, keep in mind here, that this is initially just an endorsement for the nomination. He'd definitely have some work to do catch Gary in the general.

dmarks, have you retired from Sanders/WD-40 postings? I kind of enjoyed those.