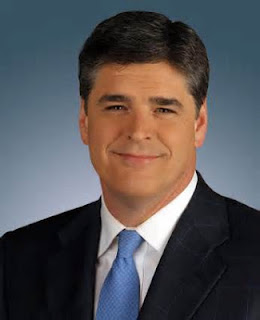 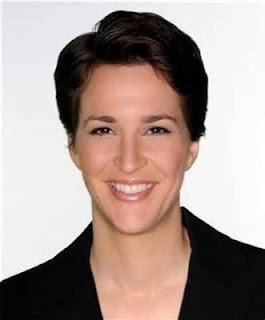 Pretty much my theory.
Posted by Will "take no prisoners" Hart at 10:31 PM

What makes Maddow worse at this time is that Hannity is the of dissenting side (challenging the ruling order), while Maddow acts as the mindless, shameless bootlicker for the ruling order. A megaphone for the most powerful. And in Maddow's case, there is a definite conflict of interest as those who control the country have given her company special tax advantages.

Journalists, if you can call either that, are imuch more valuable to the public interest if they are of the dissenting variety.

Of course, if the Prez had an R after his name instead of a D, the dissenter/bootlicker roles would be reversed.

She showed zero intellectual curiosity for Fast and Furious and is showing even less now for Benghazi. And, you're right, Hannity would be doing exactly the same thing for a President Romney.

Don't know about twin sons, different mothers, but those two have one thing in common: she was a Rhodes Scholar and he married a
Jill Rhodes.

As a person who holds both parties in pretty much equal contempt, I can say that these 2 represent the very worst in American politics.

I wouldn't go that far... neither is a David Duke or Van Jones. Blagojevic or Kwame Kilpatrick. I could name so many that are far far worse than these two incurious lickspittles.

Forgive me dmarks, but what do David Duke and Van Jones have in common? David Duke is a racist. Van Jones is pushing green energy (and trying to get our government to "invest" more in it)... so he wants to waste taxpayer money, but is that as bad as racism?

dmarks, I probably should have narrowed it and said they were the worst of what now passes for mainstream political thought (though I must inform you here that Ms. Maddow is a blatant Van Jones apologist).

And for those who think Jones' group, STORM, was against police brutality, one would do well to remember that it is Maoist. Mao ordered perhaps the worst, deadliest police brutality in human history. Jones hates America so much that he actively sought to bring Mao-style rule to the USA. Obama, while he is a leftist and a progressive, is not extremist (I.e. socialist) and sacked the guy.

On top of this, if Jones had any decency, he'd give back the money he "earned" as jobs czar... wiping out from 1 to 2 million American jobs. Instead, since he got fired for extremism, he joined the "Occupy" movement. You know, the infamous movement that ran squalid rape camps and usually fights to divert power away from the 99.995% and into the hands of the .005% who rule. A real nasty guy who has gotten rich while devoting his life to making the country and its people worse off.

I actually gave Obama credit for canning Jones, too. The President wanted nothing to do with the fellow at that point and so, yes, I say, kudos!

Barlowe: Van Jones is an unrepentant activist for Maoism. Mao's philosophy killed more than Nazism. Obama fired Jones for lying about his extreme views. What Jones and Duke have in common is being involved in two of the deadliest hate groups in history. And along the way Jones has indeed made racist statements, and he is one of the kooks who proclaimed that the Bush administration rigged the 9/11 attacks. Jones is a real evil fellow aside from his short tenure as jobs czar.

dmarks, you are so full of crap it's a wonder you don't explode. Everything you said about Van Jones is a complete lie.

wd, I will allow you to defend your buddy, Mr. Jones. All I ask is that you keep me the hell out of it.

Let him defend the indefensible. The facts stand on their own. I responded and deleted it, as I realized it was getting down to his level.