On the Fact that Just Prior to the Civil War (According to Komozi Woodard's Seminal Volume, "A Nation Within a Nation"), Racism Was So Nasty in the Northern State of Illinois (Lincoln's Old Stomping Grounds) that the White Inhabitants There Actually Threatened a "War of Extermination" if the Black Citizens (and, No, There Weren't that Many of Them Because of the Stringent Black Codes) Were Given Equal Rights 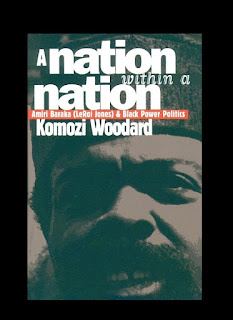 Not surprising in that as most of the evidence shows, the North was a far more racist region (one of the reasons that they got ride of slavery first - in addition to those relative to climate, economy, etc. - was that they simply didn't want to be around black folks) and, yes, a far more dangerous one, too (the fact that blacks could be arrested and punished for just about everything; including simply passing through some of the states).

Posted by Will "take no prisoners" Hart at 9:50 PM