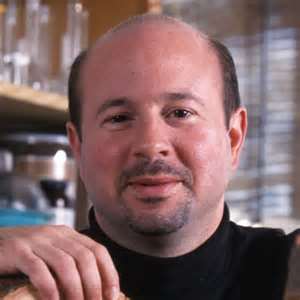 This guy is the bottom of the barrel. He hid the Medieval warming period. He hid the Maunder Minimum (which plainly displayed that we were coming out of a little ice age prior to the industrial revolution and that the man-made CO2 more than likely had NOTHING to do with the increases in surface temperatures). And he hid the fact that temperatures have actually been coming down since 1998 (the apex of his now thoroughly discredited "hockey-stick" graph). The fact that anybody would still give credence to this low-life (who also tried to discredit dissenters and squelch dissent - even going as far to sue somebody who had the audacity to do spoof on him) is beyond astonishing, in my opinion, and an outrage.

I wonder if global warming is responsible for the dudes hair loss.

RN, I think the deficiency that is of the most concern in his case is under the scalp rather than on top of it.

I wonder if there has ever been a worse person masquerading as a scientist in all history. When you consider the cost and human suffering resulting from his chicanery.

Will: by the way, moderation is up indefinetely on my blog. Thanks for your comments. They will get approved quickly. A certain gutter-minded individual who fully meets the definition of internet troll has been cutting and pasting dozens of penis-lengthening spams to my blog comments, many times per day. I guess it is a personal obsession with him: I don't read those in my emails, but it seems he does.

He certainly was aware of the climatological variations he hid:
"To try this out he spent the summer of 1991 assisting a postdoctoral researcher in simulating the period of peak Cretaceous warmth when CO2 levels were high, but fossils indicated most warming at the poles, with little warming in the tropics. Mann then joined the Yale Department of Geology and Geophysics and began further coursework and exams, obtaining an MPhil in geology and geophysics in 1993. His research focussed on natural variability and climate oscillations. He worked with the seismologist Jeffrey Park, and their joint research adapted a statistical method developed for identifying seismological oscillations to find various periodicities in the instrumental temperature record, the longest being about 60 to 80 years. The paper Mann and Park published in December 1994 came to similar conclusions to a study developed in parallel using different methodology and published in January of that year, which found what was later called the Atlantic multidecadal oscillation.[5]

While still finishing his PhD research, Mann met UMass climate science professor Raymond S. Bradley and began research in collaboration with him and Park. Their research used paleoclimate proxy data from Bradley's previous work and methods Mann had developed with Park, to find oscillations in the longer proxy records. "Global Interdecadal and Century-Scale Climate Oscillations During the Past Five Centuries" was published by Nature in November 1995." I'll just disagree on this one...and IMO
"..a worse person masquerading as a scientist in all history" would
be someone like Dr. Mengele.

True, BB. Hard to get worse than a Nazi, unless it is a communist.

But I was thinking of the biofuels problem, fueled by global warming hysteria, that has made food prices go through the roof... causing a lot of hunger and surely a number of deaths as well.

WD,is'nt your shift at Mickey D's starting soon......better get your paper hat on.

Rusty: do you think it fits under his tinfoil hat or over?

BB, while he may have been aware of the variations, he certainly also tried to hide them with his graphs and that is scientific malpractice. And there is zero evidence that CO2 (let alone man-made CO2) has ever caused major temperature increases. This, while we know for a fact that warming (through the law of inverse solubility) categorically causes increases in the CO2 levels.......And, no, he isn't as bad as Joseph Mengele, I agree.

Again, good point about Mengele. But Mann's fraud makes him one of the worst outside of these monsters of Nazi/communist/socialist regimes who called themselves scientists. Very costly to so many nations around the world.

Yes, overlooking these butchers was a major oversight. Perhaps I didn't want to invoke Godwin's law.

Will, is Mann still weaseling and defending and knowingly putting forth cooked pseudo-science? Or has he been repentant?

He hasn't been repentant at all. And he either doesn't know that there is a logarithmic nature to CO2 and its effects on warming (after 20 parts per million the effect of CO2 is negligible) and he's an idiot or he does and he's a charlatan.......As for the recent evidence that he hid, the fact that satellite temps have been coming down in spite of the 4% spike in CO2, that's just some bald-faced dishonesty.

IMO, regarding the 'hockey stick' arguments vs the medieval warm period are fairly summed in the
Wiki article paragraph four . Science is neutral, it
does not give us answers we want, just answers. However, data is open to interpetation. I'll stick
with the 97% climate scientists, but not so blindly as to get accused of the Dunning-Kruger Effect . (explosives chemists are cautious)

The 97% figure is bogus, BB. Those 2,500 people who signed that IPCC report - less than half of them were actually scientists (never mind meteorologists, astrophysicists, and climatologists). The rest of them were government bureaucrats and reviewers who wouldn't know the law of inverse solubility and the Minoan warming period from any other thing that they cannot comprehend......And we know that the Medieval warming period was warmer that today because not only did the Vikings settle there they actually planted crops there, too. And, guess what, Florida wasn't even remotely under water.......And even Al Gore's own charts, the elevations in CO2 always preceded the warming periods. Always. CO2 doesn't cause global temperatures to rise. It never has and it never will......And have you ever looked at the satellite temperatures from 1979 to the present? Even if you plotted out the lowest temp of say 1980 or '81 and compared it to the non El Nino years of 20-30 years later, the increase is at best .3 degrees Celsius. That's supposedly a hockey stick?

It all boils down to money, in my opinion. Entire corporations (G.E., obviously the most flagrant example), academic departments, and government agencies all have humongous invested interests in this thing being real. Never mind the fact that these disgusting windmills are destroying the country-side, making people sick, and not significantly reducing CO2 much at all (the resource intensity needed to create them; thousands and thousands of tons of steel and concrete, all fired up by coal plants, the fact that they're totally unreliable and necessitate a carbon source back-up, etc.). As long as they can perpetuate THEIR existence, all is totally well in la la land.

I actually would put one of them up next to wd's (parent's) house. One of those 480 foot suckers, prime time. That much I would consider.

Any time anyone mentions Al Gore in a serious context in such discussions (not you, Will)...the blithering boob who arrogantly and falsely took credit for creating the Internet.. the conversation has by that point jumped the shark. Nuked the fridge. Thrown in the towel. It's truly "send in the clowns" when this hypocritcal buffoon... a plutocrat according to the actual definition of the word (having manipulated public policy for his own personal wealth and against the public interest) and his discredited books of faith and fiction films are brought in.

Call it the Godwin's law of climate discussions. Once someone invokes the Tennessee Falstaff, stick a fork in it, its done.

I still can't get over the fact that he built his second fossil-fueled-guzzling mansion right next to the Pacific Ocean.

Will; Once you go back as far as 2000 and realize that he is the guy who insisted he could win the Presidential election if voteless ballots were counted as Gore votes, anything's possible. Nothing should surprise you.

The Liberal creed "do as I say,not as I do."