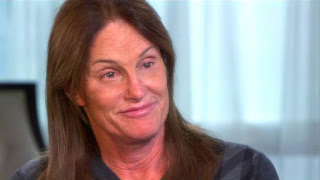 Again, I don't care what people do with their own bodies as long as they aren't harming others (call it the libertarian in me). I'll even call a male tranny a she if it makes HER happy. But let's not kid ourselves. The fact of the matter is that Jenner isn't any more of a woman than I am a 28 year-old and being that a lot of these people end up changing their minds after a while, maybe we shouldn't go off completely cocked on this stuff and instead employ a modicum of prudence. Only a suggestion.

Posted by Will "take no prisoners" Hart at 4:32 PM