On the Anatomy of Persistent Lie 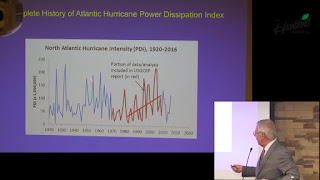 I've often wondered where Obama got that bullshit notion that extreme weather events were getting worse and more frequent; an assertion that not even the IPCC has claimed.......Well, I think that I've solved the case. What either he or one of his idiot flunkies apparently did was to take an extremely small slice of the overall data (which indeed does show a slight upward trend) while totally ignoring what immediately came before and after it (he cherry-picked, in other words). It's a dishonest tactic that no reputable scientist would countenance and yet because politics has entered into the equation.......Yeah, huh?

Posted by Will "take no prisoners" Hart at 5:08 PM